"Beneficence towards the fetus"

I have been away from my blog on account of being mired in a lengthy discussion online about abortion.
One commenter argues that the fetus is a 'proto human' whose sole worth is in the eyes of parents as the "potential person" it will become. It has no intrinsic worth of it's own.

Because the conversation has had many twists and turns I didn't want to get too bogged down with the question of fetal pain, since, although horrendous this is not the crucial "wrong" of abortion.
Nonetheless, this commenter challenged me further on a reference I had made to the fetal awareness in utero.
I think it is safe to assume that abortion, for the sensate fetus, is a horrendous death.
He disagrees.
He linked to this paper here:
Fetal Pain: A Systematic Multidisciplinary Review of the Evidence
The conclusion of the report is as follows:

"Evidence regarding the capacity for fetal pain is limited but indicates
that fetal perception of pain is unlikely before the third trimester. Little or no evidence
addresses the effectiveness of direct fetal anesthetic or analgesic techniques. Similarly,
limited or no data exist on the safety of such techniques for pregnant women in
the context of abortion. Anesthetic techniques currently used during fetal surgery are
not directly applicable to abortion procedures".

I was struck when reading the report that the language is ambivalent. Phrases like "pain is unlikely", "little or no evidence", "little or no data" are not the language of certainty.
And yet my interlocutor is confident that this report supports his contention that fetal pain is impossible.
If we were talking about any other human being than the unwanted unborn, wouldn't we be giving them the benefit of the doubt?
Wouldn't we be horrified at the merest possibility that any surgical procedure carried out on a born  fetus would cause them to feel pain?
This is how I responded to him:

The report you link to, which was put together in response to moves to legislate requiring physicians
to inform women seeking abortions that the fetus feels pain and to offer fetal anesthesia.

Small wonder that those same doctors with blood on their hands, whose work consists of dismembering the unborn, have chafed at the idea .

The report you link to is littered with caveats like "unlikely" or "possibly" or "little evidence as yet".,
Strange don't you think, that where the wanted get the benefit of the doubt, the unwanted get none.

I thought this passage very telling:

"...Instead, beneficence toward
the fetus represents the chief justification
for using fetal anesthesia or
analgesia during abortion—to relieve
suffering if fetal pain exists."

In the absence of crucial "beneficence" we can sweep away all doubt.

The baby who is not wanted can die and die violently.

The baby to whom we feel is owed  beneficence however, will get the benefit of the doubt regarding it's experience of pain.

This is why I stand in solidarity with the weakest members of our human family, against whom all,
from their parents and grandparents, to the medical establishment to the legal system, have shut their doors.

There is no "BENEFICENCE" toward them. 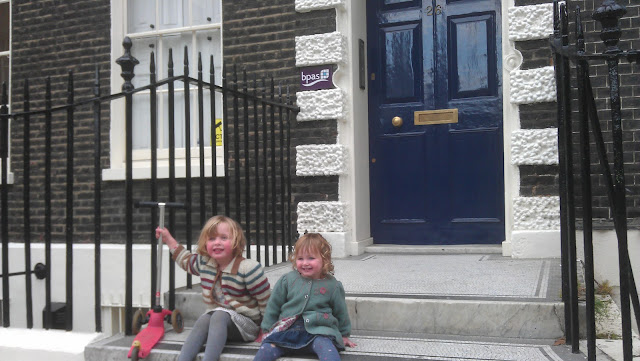 Honor and Marie-Aibhlinn on the steps of the BPAS abortuary
Posted by Clare@ BattlementsOfRubies at 13:17

Labels: 40 Days For Life., a bit of online swash and buckle, Honor, Marie-Aibhlinn, pro life, Stuff we've been up to