As the holidays draw to a close

Normal service will be resuming shortly. Owing to all the summer comings and goings I've only just managed to get my holiday  pictures uploaded ( or rather I've had a little difficulty in  pinning down my junior technical dogsbodies to do said uploading for me. )


But no matter! Here's a couple of nice snaps of the President of the USA (PBUH)  and Russia's Pres Putin ( grrrr!) enjoying a little respite from pursuing Global Domination.
I spotted it  on this blog. 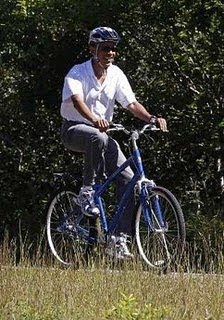 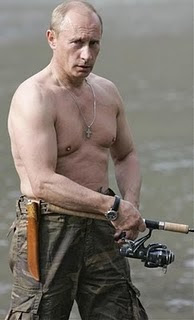 
Please note he's wearing his safety helmet boys and girls. The presidential nugget is well protected should he take a tumble. Unlike Londons own cuddly mayor Boris who got an awful telling off from matron when she
saw him out and about like this
: 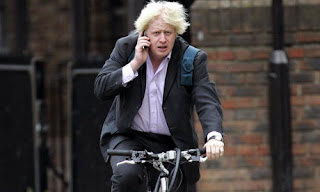 He was made to take his semolina pudding in the nursery. That taught him a lesson. 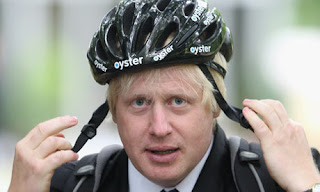 There. That's better Boris.
Posted by Clare@ BattlementsOfRubies at 00:03 8 comments:

Oh my word.
Leila and her family won a raffle prize, a trip to Ireland and a stay in a "country home".
You have to go read it, but suffice to say it didn't exactly live up to Leila's romantic imaginings. 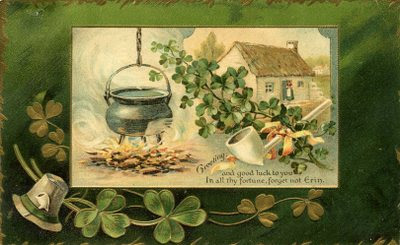 I have to be honest and say I did laugh out loud when I was reading it, but that's because she did make it funny for us and she seemed pretty good humoured about the whole experience.

I read it aloud to my husband, which is not my habit, but this post just struck a chord.

We both went 'home' to Ireland every year growing up, but it was only when we were married that we started venturing further afield and renting a holiday home in unexplored parts. Before that we always stayed with family ( husbands in Offaly and mine in Meath, pretty enough but lacking the dramatic beauty of the coast)

Leila's post reminds me of the time we stayed in Dingle. 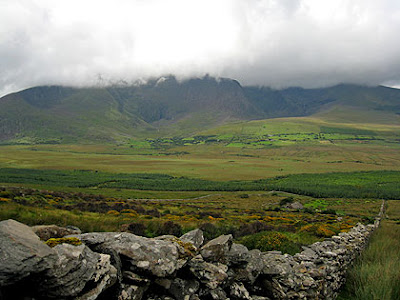 The house was 'good value' for a reason. It was dank and musty and cold, even though it was August. There was a pervading misty fog everywhere that looked eerily attractive and made the lanscape look like a painting, but it seemed to seep into the house and even into our bedsheets which never felt quite dry.
The bathroom was yucky. There was carpet on the floor which was so bleached around the base of the toilet I imagined it had been fairly pee sodden over the years.  And there was a toilet brush that looked like it must have been 10 years old.  And the bath was so squashed  up close to the toilet that it was hard not to let your towel fall against it and...oh I won't go on, but you get the picture.

It helped that my mum and dad were with us, and my auntie Kathleen, and we had a really lovely time when we were out of the house.
We tramped up hill and down dale with the children on foot and in backpacks. We went out on a boat and cheered when Funghi the celebrity dolphin made his appearance, bobbing up at intervals through the briney foam to our shouts and claps.

We went to Brandon point and photographed our Brendan looking out over the Atlantic at the place where his patron saint had set off in his little currach with the Holy Spirit for a compass.
It was a lovely holiday. But it made me very cautious about renting holiday homes.

At least when you're camping you know what you're getting. Which is what we are doing this year.
We're going "glamping" to be more precise. Posh camping. Staying in a large 12 person tipi with afghan rugs on the floor and hung with lanterns. There is a lake stocked with trout which we may catch and eat ( although we're not a fishing family and gutting a fish is not something I'm planning to do on holiday, so we'll see about that, though the effort may be fun. ) And they have little rowing boats and canoes that we can take out on the lake because, as Ratty famously said
"There's nothing . . . absolutely nothing . . . half so much worth doing as simply messing around in boats."

I'm hoping that will keep the children amused and that we can keep car trips to a minimum. It should be a thouroughly switched off week. I'm looking forward to days enjoying the children and  evenings under the stars with an enamel mug of wine and the company of my husband.
But now I have to get packing.
Posted by Clare@ BattlementsOfRubies at 00:40 7 comments: